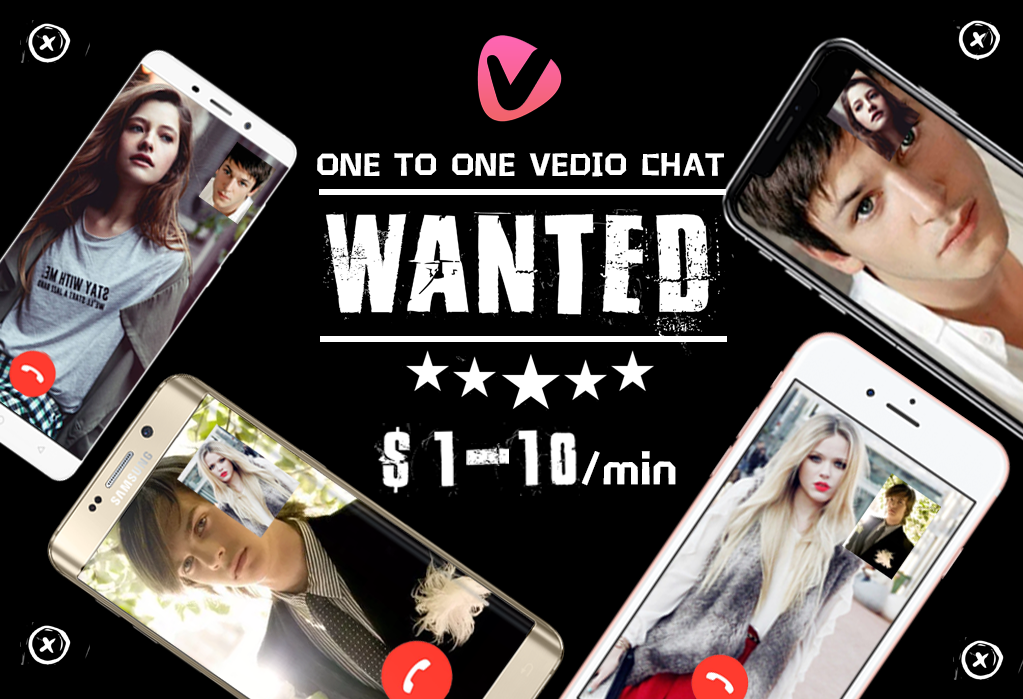 There are too many video chat apps and sites. A vast majority of them exist only to spam our inboxes. Truth be told, a significant number of apps are me-too apps with hardly any unique features. However, VVChat is shaping up to be a first-class exception.

There are many glaring gaps in the ever expanding and engaging live video streaming industry.

Here’s a fact that’s out and out hidden and can be described as industry secret – Popular video site administrators want their top models to stay online 24× 7.

I’m not kidding. Is there any recipe that fills the void?

VVChat is here to make a difference. It’s here to bridge the gaps. In other words, it’s the secret sauce that fills the void.

And yes, new payment channels will be added very soon.  Frequency of payments is every day (other than weekends and holidays).

For all intents and purposes, stars are encouraged to set their own prices. Many models earn anywhere between $300 and $1000 per day. Models can invite friends, upload videos, become VVStars and make BIG money.

VVChat is a money churner!

It’s mandatory to be at-least 18 years old and this is the only legal requirement.

There are no major investments. You require a smartphone and a high-speed internet connection.

This industry is notorious for payment delays. Very often, we see video models (anonymously) intensely complaining about disputed transactions and chargebacks on popular forums such as Quora, Reddit, etc.

VVChat doesn’t delay your payments. And yes, there are no chargebacks. It takes care of disputed transactions effectively.

This is undoubtedly the best part of VVChat.

You can work whenever you want to work.

However, the secret sauce to earnings doesn’t change. The more hours you invest, the more money you make.

It’s a strange and intoxicating industry. It’s full of good and bad audiences.

Offending users shall be banned. You have full right to block users by region.

If there’s any action which is deemed severe, provoking and comes under the ambit of harassment, cam girls are at absolute liberty to issue a full ban to the offenders.

What’s in it for audience?

It’s easy to understand why VVChat would appeal to audience.

VVChat lets audiences connect with a big pool of anchors, models, stars and cyber celebrities. Audiences are not just confined to being fans. They can become close friends with celebrities. They can generously issue gifts. And what’s further more interesting is the fact that this app lets audiences play games during conversations.

Registration is free and so is the app download. There’s little reason to worry as data confidentiality is assured. Thanks to built-in instant language translation features, cyber celebrities and fans can effortlessly overcome language barriers.

Users are encouraged to build rapport with their favorite celebrities and develop new additions.