Near – Find The Right Professional Connection In Social Media 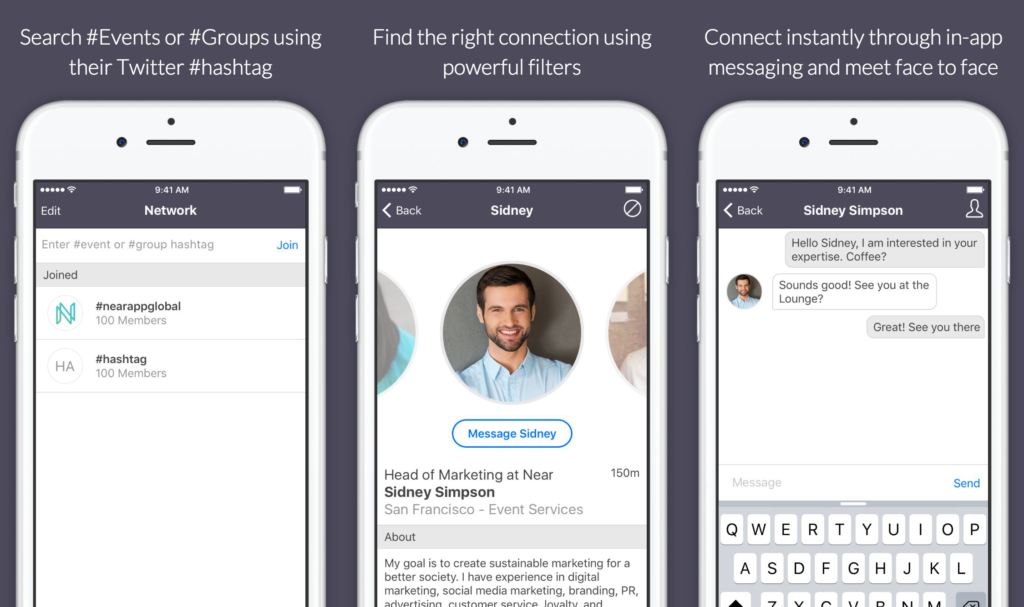 Entrepreneurship provides oceans of opportunities. If there is anything that holds candle to entrepreneurship, it is undoubtedly ‘Networking’.  There is no element of doubt that we enjoy talking to faculties of supreme cadre.  We cherish the eclectic mix of the diverse cohort hailing from different regions of the country and across the seven continents. In other words, we like networking with all and sundry. It is for the same reason why social networking sites enjoy tremendous popularity.  Near is a meritorious app that facilitates professional networking by leveraging social networking sites such as Facebook, Twitter and LinkedIn.

Near is a professional networking app that lets you find the right connection at any event. Networking, which is the most undervalued business success secret, comes with a maze of challenges. More often than not, we use LinkedIn for B2B networking while Facebook and Twitter are widely used for B2C and C2C networking. To leverage the networking power of such networking sites, you have to sign in into your Near account using your LinkedIn profile. To search for the right events and groups, make use of the Twitter #hashtags.  Subsequently, make use of the powerful filters so as to find the right connections.

Thanks to the in-app messaging feature that Near is endowed with, you can always connect easily and meet your cohort face to face. If you are looking for the best networking experiences, Near is for you.

And yes, this startup is based out of Hong Kong, Asia.

We, the members of StartupWhale, wholeheartedly wish the team of Near all the very best for the long and promising journey ahead.