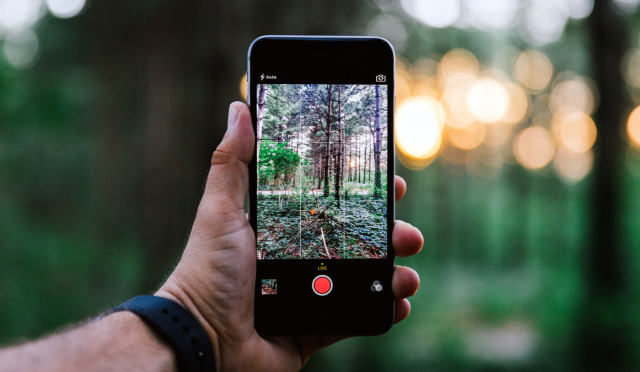 Live Streaming Apps allow its user to broadcast live events or videos worldwide so that everybody could see it and be an integral part of the celebration. It is a terrific way to stay in touch with relatives, friends, followers, etc. who are residing far away from them. At present, many global companies, mainly the IT companies such as Twitter and Facebook are investing a lot to improve their live streaming platforms. Modern day users are always in search of a moment to connect with their friends or followers and share their emotions. Live broadcasting apps help people as well as organization to show their real-time action with those who were not able to be present in that place or moment. There are many live streaming platforms available today which attract the users with their distinct features. Thanks to a huge variety of applications, it is difficult for users to choose the best. Following is a list of best 15 Live Streaming Apps for Android available in the market.

Periscope is one of the best live streaming apps, developed by Twitter, the popular social media network. This device enables the usersto stream online videos directly from their Android phone. The followers of twitter can directly broadcast the link with a single tweet to the group members of their social circle. With this live streaming app, real time users run other trending streams to check the application. Live streams can also be accessed later too.

Instagram launched their Live Stories feature in the year of 2016. The feature of live stories is available in the default Instagram application. To broadcast a live video, a user needs to swipe right in Instagram and press the “Live” option. If there is any problem doing it, then one should update to the latest version of the application for solving this problem. When the user sees an Instagram Live Stories broadcast, he / she can comment and like on the live streams as well.

The best live streaming application in the Android Google Play Store is Ustream. This live streaming app for Android was developed by IBM. IBM is one of the biggest tech giants. And when it comes to meeting expectations,IBM doesn’t disappoint you. As expected, quality of the video is high. This device would let you record and manage the recorded videos effortlessly. This app should be used on the selected devices like Android 6.0 or above.

Younow can be used to broadcast live videos and access live streams from any part of the world. By linking and commenting on the live streams, audiences and viewers can connect with broadcasters. Younow is in line with the famous saying: A picture speaks more than words. Top broadcasters, moment makers and followers in the community do their best to enhance the performance of this app. To improve the accessibility of a particular topic or a person’s live streaming event, hashtag feature is present. It is a well-known fact that hashtags can make a live streaming event viral.

Cricbuzz is a web site which features and tracks almost every cricketing event taking place. The app supports live video streaming of cricket scores, cricket news, rankings of player and team, upcoming schedules, cricket related online games, pictures, videos, news, articles, etc. This is one of the best live video streaming apps related to cricket. Cricket fans can go gung hoevery single moment without gluing to their televisions or laptops. Not only can they receive every update but also access the highlights of commenced matches. There is also a provision to follow the profile of your favorite cricketers and have complete information about every game.

Skype is a live streaming application developed by Microsoft. This app enables the users to have an interactive video conversation with a person placed at any corner of the globe.  There are many more innovative options available for the users. This app allows connecting with the near and dear ones which improve lives, thereby putting an end to loneliness. Users can share their story, study a language, celebrate a birthday, arrange a meeting, and work with associates who are at distant place. Skype is one of the best live streaming apps.  If you are a business professional, you can create groups. Add members to the groups and share all the relevant material. There is a provision to engage in group calls.

Stringwire is a real-time event driven live video sharing application. If a user encounters a story, he can use Stringwire to stream the live video. Viewers can associate with others to study stories with the help of live video from multiple perspectives. The user can comment on live streaming events. Every streaming video is automatically saved online for sharing or viewing in future.

An excellent live streaming Android App, Streamagooffers a whole variety of features. Users can easily create broadcast of live videos and share the same to the popular social networking site Facebook. Friends can easily access the videos without any hassles. This live video streaming app is appealing as it comes with a comment feature and there is also a provision to send gifts as a token of appreciation to broadcasters of live streaming events. The user can choose the quality of the broadcast. Quality ranges from low, medium or high as per the network availability.

Hotstar is a popular live TV streaming app video platform where the user can stream the videos such as movies, television shows and sports. This live TV streaming app is available in more than eight languages. Android users can use Hotstar application. This application is free, and there are no mandatory regulations for registration so as to access the Hotstar app. Users can either visit the web page of Hotstar or download the android application for operating it.

This feature is available on the web site of Facebook, Android phones and desktop. With Facebook Live, the user can go for a live video and their followers and friends can see and connect to the broadcast almost instantly. It has a significant advantage of the huge user base. This feature was launched in 2015 and gradually extended to other platforms. Along with personal profile, this feature can also be accessed as a group or organization.

Twitch.tv is Amazon’s amazing subsidiary. This is a flourishing live streaming application where as many as 9.7 million users are active regularly. Instead of looking at regular private broadcasts, viewers can resort to this app. This platform is mainly planned for gamers and for the audience to show them live streaming broadcast around the world. It is a heaven for the gamers as live gaming and commentaries can be viewed besidesbroadcasting.

Hang w/ is an outstanding live streaming Android app which does not have a large user interface. The reason to include this app in this list of best live streaming apps for Android can be attributed to its unique features that it has to offer. The app explores popular streams based on categories such assports, music, etc. besides broadcasting the videos live. By using digital ticket features, this best live streaming app also enables exchange of money on live broadcast videos.

Twit Casting Live is highly recommended because of not being high-end stuff. The platform is designed for those users who want to stream or watch live video by leveraging standard potential technology. This is made in such a way that a client can save their broadcast video on their official website to watch it later. The app allows six people from various regions to broadcast together at the same time on a single screen.

Live.ly was launched in 2016 by the famous person who created Musical.ly app. Thereby providing live stream access across the world. Despite the fact that there is a provision to join conversations by publishing comments, it also allows its users to convey best wishes while watching a live streaming app for Android. Gift points can be sent by purchasing them with real money. By using phone contacts or username, users can find their friends and connect with them.

If you are keen on starting your own live streaming business, StreamNow is the best live streaming software available in market. Known for its compatibility with Android and iOS platforms, StreamNow gives its users a plethora of options when it comes to profile settings. Not only can the users change password and user-id, but also leverage social login feature. This live streaming app is second to none in terms of monetization channels. Not only does this app support pay per view and subscription based revenue models but also supports sponsorships and advertisements. With the help of PayPal payment gateway, all the payments can be collected effortlessly. To enhance user engagement, there are features such as push notifications, comment, live chat etc.

If you have any doubts or concerns, feel free to drop a line or two in the comments section. We shall reply in a day or two. We can help you build a scalable live video streaming app. Keep watching this space for further insights on best live streaming apps. Subscribe to our newsletter to know more about live broadcasting apps. My best wishes are with you and your live video streaming venture. Cheers!