Why Should Business Opt For Android App Development? 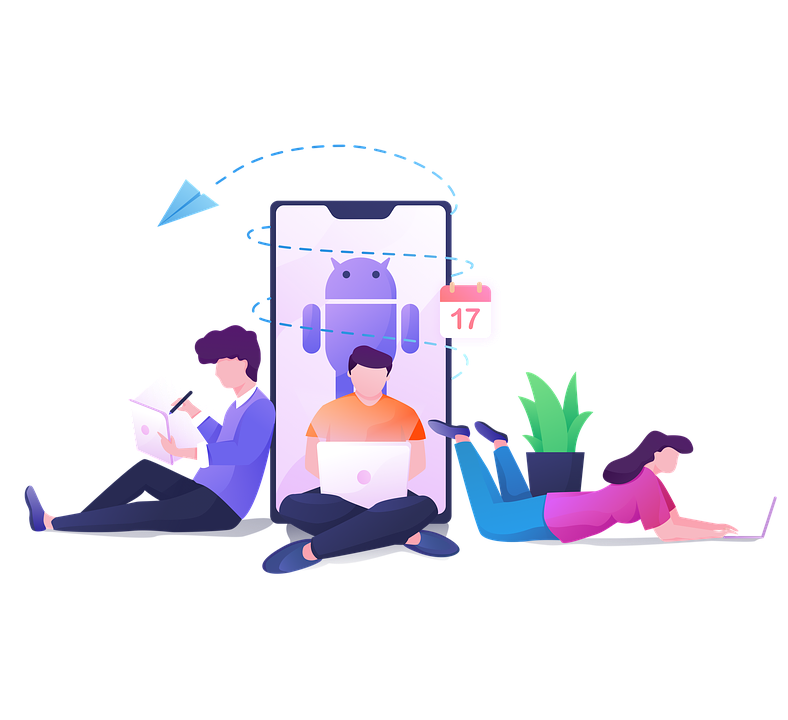 One of the biggest reasons for choosing Android is that it has the biggest app store. IPhone is right behind but, you can take away the title of having the biggest app store. Android has never lowered its gear since its launch back in 2008. It was a revolution in the mobile industry. The journey from 2008 to 2019 has been incredible and with the Google making Kotlin language the official language for Android, the scale and demand for Android app development are upsurged. Here are some of the other reasons for choosing Android platform for your business.

There is a total of 2.6 million apps in the Google Play Store making it the biggest store in the market. Also, it is on the lead in the entire Asian market with a 47.55% market share. China is the nation with the highest population worldwide and to your surprise, 90% of the devices are running on the Android OS. Here comes the big one, Android is also the leading platform. Even in the US with 54.4% device running on Android OS whereas 44.4% of devices run on iPhone OS. Hence, a business must prefer Android app development for creating their digital presence.

The deployment cycle of Android app is short. The play store has bit liberal guidelines for app deployment. The licensing fees are also very nominal which acts like a pro for the startups and also for the individual developers. Business is looking forward to launching their product in the market at the earliest and for that Android is considered as best.

Android is not just limited to mobile devices. It was initially developed for digital cameras and at present, they can cope with the AR, VR, and IoT devices. This proves that Android OS is highly scalable and can adapt to any technological advancement coming it’s way.

Developers understood the issues of the business owner a long time ago. This is why they have made the Android platform independent and open source. This allows to port the app to Symbian and Ubuntu. After Kotlin being the official language, it is used to power apps that are functioning on the Android and iOS platforms.

Android is the open source platform and it is specifically designed to avail highly customize products. Every business is distinguishing in its own way and has different app needs. Versatile android app can integrate into an existing system in the form of add on for customized feature and functionality. It can be used as a standalone tool for the process and can be used as per the business needs.

Android SDK tool is one of the most easily available ones and it does not ask for heavy investment as well. The mobile app developer just needs to register for once and pay a basic amount. This SDK enables the developer to develop and test the app and make it user engaging. This, in turn, results in a higher return on the investment.

Google is very careful when it comes to security standards. There are several in-built security features which allow the apps to stay safe from the malware attacks and viruses.  The developers should go through the Android best practice guide to come up with an app for the business that is fully functional and secure. There are sensitive customer information and data which cannot be compromised at any cost. Android platform offers several security tactics to protect the app and the data therein.

One of the good and bad things about Android is its device fragmentation. There are plenty of companies manufacturing Android devices with different sizes. This makes developing an app a bit complex as the developer has to develop. An app that is compatible with different devices with variegated sizes. On the contrary, there are more users with Android devices and when you pick Android platform you have the chance to spread your business to all those devices. With multiple device support, the chance of audience engagement is hyped.

Android is an open source platform which clearly means that Google doesn’t charge fees its usage. Google provides the tools and technology for Android for free. So, if you are a startup or you have to work on a shoestring budget, Android can be a convenient option for you to save money and yet get great output from it.

Business target usual audience and most of this segment carry Android devices. So, from the audience engagement perspective, Android is best. Now, coming to the developers perspective, app development guidelines and fees are also easy and low. Which again makes Android preferred platform for mobile app development.