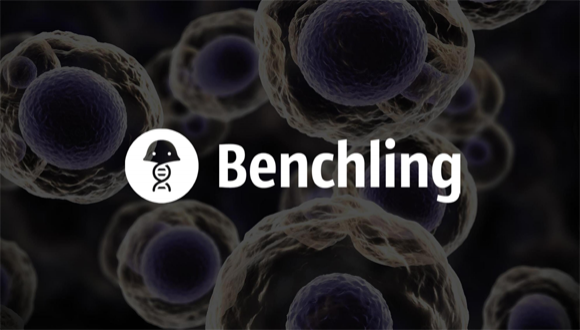 Researchers all over the world are working very hard to solve some of the world’s biggest problems like renewable energy, diseases, clean water etc., but they are equipped with archaic and very old software. Benchling aspires to fix this problem and thus increase the rate of scientific output with a web-based platform that allows researchers to design and run their experiments, analyze the data, and share results.

Collaboration and working in a team is a common requirement for any professional, whatever the field of work a person might be in. Software developers have been enjoying for quite some time the ability to work together, share and collaborate without a need to share the code with other team members every time they make any changes. It was this ease of sharing and collaboration that paved the way for the open source software revolution.

A Y-Combinatorstartup, Benchling is successfully bring about a change in the way researchers collaborate with each other online. It enables its users to edit, analyze, share, collaborate and design experiments and sequences, all through an online web based application.

Researchers have been given the feature to create libraries of their sequences and also allow access to other team members and colleagues who the can make modifications or annotations to the same. It brings the same level of collaboration that widely used tools such as Github bring to software development. A feature most researchers will love is that any modifications are noted down in Benchling’s version history.

With genetics, biotechnology and genomics research picking up pace in the recent years andwith  research becoming a big phenomenon at the most global universities and corporations, Benchling is all set in the right direction by facilitating online collaboration for researchers.

Benchling offers a lot of features to take away the mundane and cumbersome parts of an experiment and research. Enlisted below are some of its features:

Founder and CEO. Studied Computer Science from MIT and did research in personalized cancer therapeutics. Can often be found at Samovar on weekends. He has previously worked with the Duke University Medical centre, Liquidia Technologies and General Catalyst Partners.

Founder. Previously worked with Twitter Ads and founded hotspots.io. Studied Computer Science and Math at MIT and did research on optogenetics and functional genomics. Loves distance running and IPAs. His Previous venture Hotspots.io was acquired by twitter.

As far as the current market situation goes, Benchling is rivaled with Transcriptic, which  aims to be the Amazon for the research community. They recently raised  $4.1 M in series A funding.These two have some broad differences- While Transcriptic has plans to focus more   on robotics  enabled remote lab, Benchling relies more on software and web application.

Seed Funding – being a Y-Combinator incubated, it is no surprise that Benchling also secured their first seed round of $900k from their incubator in February 2014. Benchling was also able to secure an undisclosed amount of funding in August 2014 from Rock Health and Kevin Mahaffey.

Series A funding – In April 2015,Benchling went for another round of investment in which 3 investor participated. The company was able to secure capital amounting to $5 million. The series A round was led by Andreessen Horowitz while Kevin Mahaffey and Thrive capital also participated.

Although the company has started with building a web based application for researchers and scientists to be able collaborate better on their projects and experiments, the long term goal is to open their own application store for everything related to life sciences.According to the founder and CEO SajithWickramasekara, they imagine a lab where all hardware are integrated to its main platform to help scientists conduct experiments, there is no need to manually write down stuffs thus, minimizing chances of errors!

The response that Benchling has received from their target audience of life science researchers has been very positive to say the least. In a space devoid of many options, Benchling has been able to deliver a good product which has been accepted with open arms. If they can keep continuing the good work, there is no doubt about their success.

All the best to the Benchling team for the future.