The Programming Language You Should Use For Your Startup 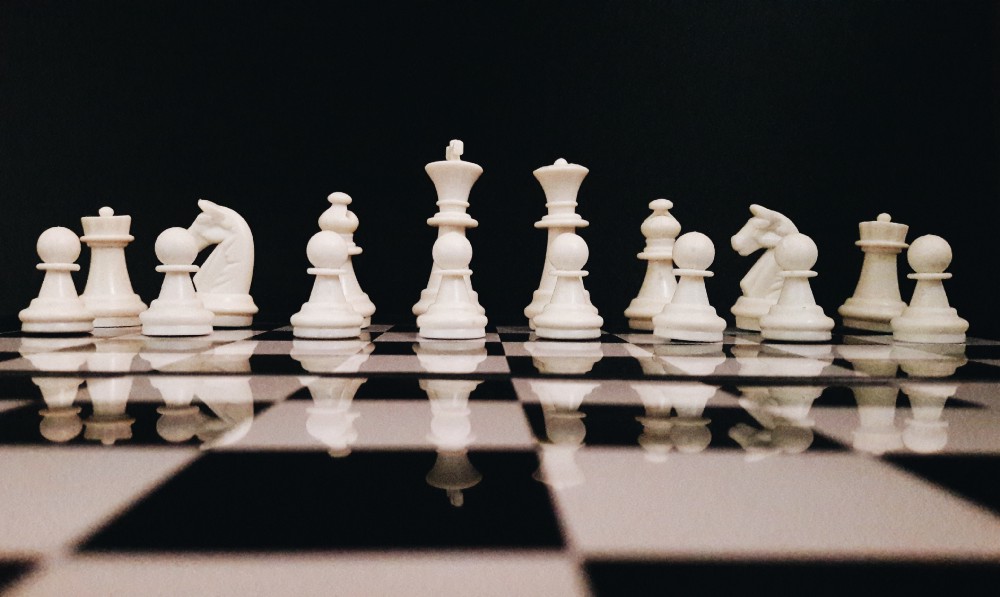 Every startup answers 3 questions when they form — what is our name, what are we building, and what are we going to build it with. Choosing the right programming languages and frameworks is essential for startups and is the most important technical decision you will make at any stage.

This article will serve as a reference for both non-technical and technical co-founders for being familiar with the options for your startup and ensure you are making the best decision.

Choosing the right programming language requires understanding the tradeoffs. When making a decision, you should consider 5 factors:

Your tech stack will consist of the frontend and the backend. The frontend is the UI for web applications and how users interact with the product. It calls APIs and receives data that is served from the backend where the business logic is contained.

TLDR: Fullstack JavaScript with React allows for the fastest product iteration, but Go is an excellent choice if you need a highly performant server.

Web browsers render HTML/CSS and only execute JavaScript. This means your decision for the programming language is already defined, but you must choose a UI framework. The world of frontend development has evolved rapidly over the past 5 years, and it is essential to pick a modern framework that can build complex web applications.

The days of writing static HTML with CSS and jQuery have effectively disappeared. The web user interface is now built almost entirely on top of JavaScript as single-page applications that utilize modular and reusable UI components. Web development rapidly transitioned to 3 frameworks — React, Vue, and Angular — and their adoption is only increasing.

When comparing these frameworks, they are effectively equal in terms of scalability and stability. React is backed by Facebook, Angular is backed by Google, and Vue has massive open source community of developers behind it. They all have plenty of resources to learn, but the slight edge goes to React as it’s been the leader for longer and is the current choice for many new web developers.

The product development speed of them varies. Angular is quick to get started because it is very opinionated, but there are some complaints of things slowing down as the code grows. The code is dense is and difficult to reason about. React and Vue is thin libraries which means the developer must make more upfront decisions which present a long time to begin coding. However, if the decisions are made correctly, React and Vue is lighting fast to iterate with.

React revolutionized web development and has remained the leader since. It works for early starts and can scale to massive tech giants, including Facebook, Netflix, Airbnb, Uber, and many more. Developers that have used React love it and those that haven’t tried it are excited to learn it. Of the three options, React offers the best opportunity to hire talent, giving it the edge as the best choice for your startup. Angular still has developers that despise it, and Vue is still pacing too far behind in professional adoption.

The backend, or server, is where the logic of the application is contained. It interacts with the database and exposes API endpoints to be consumed by your web application and mobile apps. It is focused on reading, writing, and transforming data.

Modern backend architectures use the microservice concept which structures the application as loosely connected servers, each with a specific function. Previously servers had been built as monoliths where a single codebase managed all the logic. This yielded considerable tech debt and was a nightmare for developers. While there are special cases for any language (ie. Discord using Elixir), this analysis will assume you will be building standard microservice architecture for your application.

The 3 languages that have separated themselves as the ideal choice for a startup backend are JavaScript (via Node.js), Python, and Go.

One immediate benefit of JavaScript is that it allows you to use the same programming language on the frontend and the backend. There is no mental switching cost when working on the full stack. This rapidly improves your product iteration speed and makes it easier to hire since you only need to consider a single language. There are countless tutorials to learn JavaScript, so any engineer can be effective.

The criticism is that JavaScripthas some quirks as a language and is not as scalable as other statically-typed languages. JS has grown tremendously over the past 5 years and now offers a modern syntax as well as types through TypeScript. While its performance is not as strong as compiled languages, it does offer incredible results for a dynamic language and is used by tech giants such as Netflix, PayPal, and LinkedIn. JavaScript is excellent for bootstrapping an MVP but scales to large startups as well.

The only other dynamic language that can compare to JavaScript is Python. It is one of the most loved languages and has widespread adoption including Google and Dropbox. It is known for its simple syntax that read as much like prose as it does a programming language. Since Python is loved by developers, it makes hiring easy, and there are plenty of tutorials to learn Python.

Where Python excels is its broad applications. Much like JavaScript has shared adoption between the UI and server, Python is the top language for data science and general purpose programming. The open source community behind Python is simply massive, providing solutions for any coding problem.

JavaScript and Python are excellent choices as dynamic languages, and they offer unmatched product development speed. However, if backend performance is your primary concern, there is no choice better than Golang. The language was developed by Google in 2009, so it is relatively new. The goal of Go is to offer a language with the performance of a low-level language like C without sacrificing the developer experience.

Go is known for being the best language in terms of its tradeoff for performance and usability. It is blazing fast to execute but also incredibly easy to learn and write. Go has become the preferred microservice language of companies such as Reddit and Uber, allowing them to scale to thousands of concurrent users.

The downside to Go is that while it is easy for developers, it still is slower at product development velocity than both JavaScript and Python. In the early stages of your startup, building features quickly is the primary objective. You must launch and iterate in order for your company to survive. Although Go is excellent at scaling, it may not be the ideal choice to start.

If I were to launch a new product right now, I would start with full-stack JavaScript. This would allow the new company to build and launch quickly and remain viable while scaling. By using a microservice architecture, it would allow me to rewrite services as needed and replace them with a language such as Go to improve performance. However, you should choose what suits your current talent. If you or your engineers know Python already, that should absolutely be the direction you choose. Never learn a new language just to launch a company.

Choosing the tech stack for a startup can be stressful — it feels like the entire weight of the company falls on this decision. However, we have an incredible amount of evidence in the market to show what works well in new startups and at scale. If you are a non-technical founder, use this guide as a quick reference for technical decisions and feel confident that your team is making a solid choice.

Full-stack JavaScript with Node and React has proven to be an ideal stack, but all of the languages and frameworks in this article can lead to a successful company. The key when making the decision is that it is always best to choose what you already know. This allows you to focus on your product and building something that people will love.